Disregard everything that parents and grandparents have ever said against comic books, manga and everything in between because comics have officially been declared art. Those frame-by-frame stories with compelling characters and worlds have moved from the page to the gallery.

Bradbury Art Museum (BAM), located on the Arkansas State University campus, is an art gallery turned museum that features contemporary art exhibitions and programs with free admission to the public. The newest offering to fly into the museum is “Legends,” a collection of art from a diverse group of artists with one goal in mind: to tell a story. 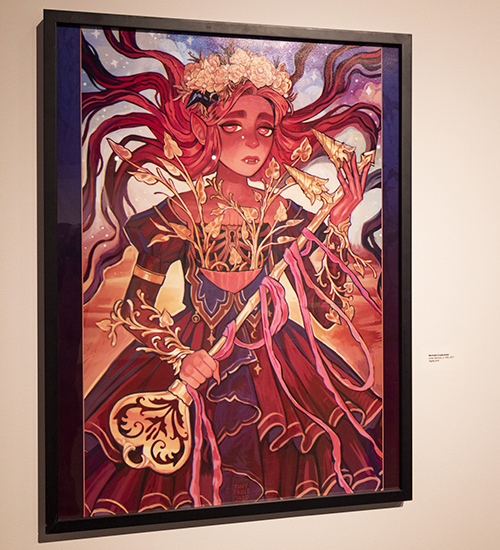 “‘Legends’ is a storytelling exhibition, and we used comics and graphic novels as a jumping-off point to drive a larger dialogue about storytelling and contemporary art,” says BAM director, Garry Holstein.

The museum hosts multiple exhibitions a year with visiting and local artists. One annual exhibit, “Inspired,” brings in regional schools to explore the museum and the students create a piece “inspired” by the works they saw.

“The cool thing about this exhibition is that everybody can find something they can connect with.”

“We actually had a person enter into the show a single comic graphic novel piece, and we had so many students respond so positively to it, we decided to take that feedback and create an exhibition that focused on that as the starting point,” Holstein says. “We reached out to Dr. Randy Duncan. He’s at Henderson State University, and he is the director of the Center for Comic Studies and he’s written a textbook on the study of comics called The Power of Comics. And we worked with him to identify some foundation artists that we used to build the exhibition from.”

Among the represented artists is Peter Kuper, the current illustrator of “Spy vs. Spy,” a wordless comic strip in Mad Magazine. Another featured star is Trina Robbins, known as the first woman to draw Wonder Woman. 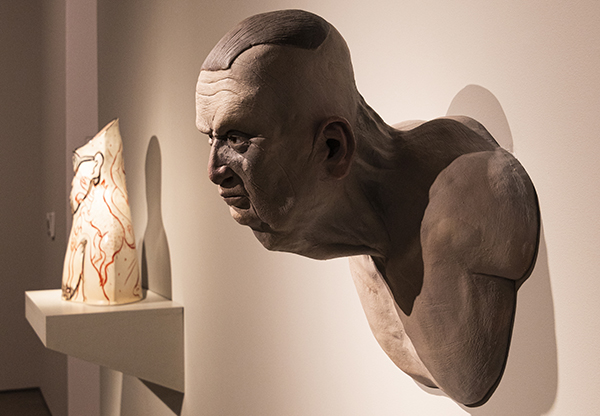 “There are several bigger named artists mixed in with some regional artists as well, and from this foundation that [Duncan] helped us create, we said, ‘What do we need to do to make sure that we’re representing the diversity of artists and the diversity of ways of making art?’” Holstein says.

A popular form of art currently is the use of digital media to create art, typically with the use of a computer or some form of technology. BAM’s diverse set of featured acts includes a digital artist by the name of Sarah Anderson.

“Anderson does ‘Sarah’s Scribbles,’ which is a webcomic showing little slices of life,” Holstein says. “She might talk about her newest obsession with frogs or some experiences she has with her cats. The cool thing about this exhibition is that everybody can find something they can connect with.” 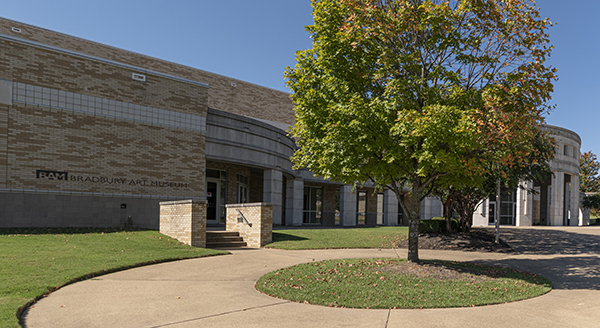 Ceramicist Kevin Snipes uses his experience of drawing comics of himself when he was younger to make his ceramic pieces pop with characters and scenes adorning his unconventional pottery. He is internationally recognized for his unique pieces, and five of his ceramics are included in the “Legends” exhibit. Mythic Times, an artist group highly recognized in the contemporary art world, creates performance-based pieces. The full costumes worn in the performances are also used as installations in galleries. A set surrounding dreams and stories from life are included in the “Legends” exhibit. The concept of the installation is to allow viewers to project their own stories into the art and become a part of the story.

A familiar name to the Arkansas art scene, Joo Young, is also among the notable faces in the “Legends” group. A featured artist at Crystal Bridges Museum some time ago, she explores identity and how humans relate to one another through the use of video art and collages. Her project “The Cosmic Womb” featured in the exhibit tells of her life in becoming who she is, who society is and how everyone relates to one another.

Each artist in the exhibit expresses their experiences and perception of life in alternative ways, yet all are storytellers. 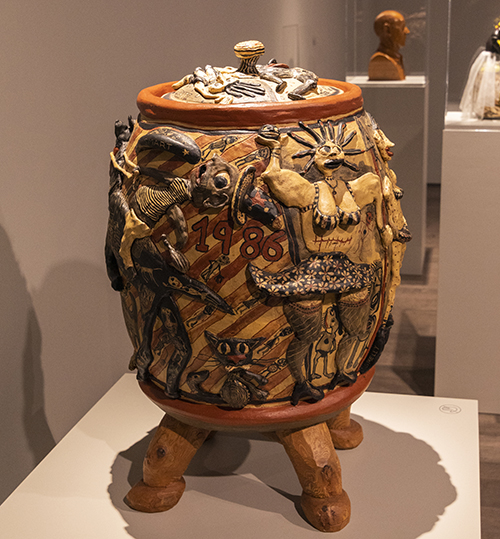 “Iron Man shows up in the space, but it’s not just about superheroes,” Holstein says. “It’s about people telling their stories, and it can range everywhere from artists who are writing graphic novels about labor strikes to conversations about buying all the frogs you can buy on the internet.”

The pieces from “Legends” will be the source material for January 2022’s Inspired exhibition. As the tradition continues, students will come in, explore the featured works and begin their own projects based on the “Legends” exhibit. 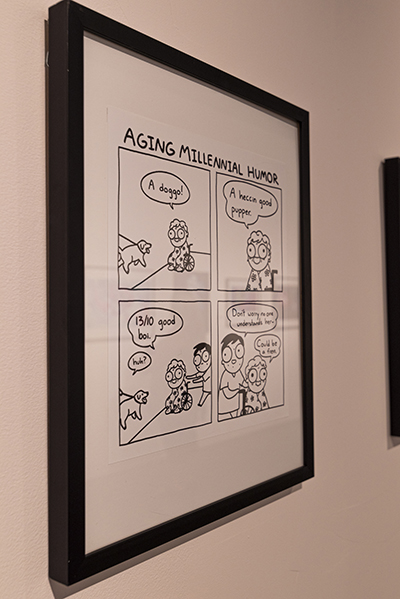 “A priority in planning was to make sure that all the students who might be visiting would have a way to connect with [the exhibit],” Holstein says. “There could be a scenario where a visiting student might be intrigued and say, in not so many words, ‘I’m interested in comics, but how do I make something not being a comic artist myself in response to this?’ I think we have put together such a diverse group of artists and art forms that there is something to connect with.”

Not only for the students, BAM has designed the exhibit to attract the public and first-time visitors to the museum. Traditional graphic novels and comic books give that twinkle of nostalgia many adults are trying to find to feel that sense of childlike wonder and fascination. Some stories are personal, some are fantasy, but all can be intertwined.

“This is the kind of exhibition that a person who might not necessarily see themselves as a museum-goer can really connect with. [The exhibit] is accessible, and you don’t have to feel like you are a person that knows a lot about art to walk in and find something that is exciting to you,” Holstein says. “That being said, we have artists that have been working in the field that are experts, so if you do have a significant background in art you can walk into the space, and you can find ways of making that artist connection. Many different demographics can connect with the show, and that was our goal. I think we’ve been successful doing just that.”

“Legends: An Exploration of Contemporary Storytelling from Frame to Experience” will run through Dec. 8.

Artists at the Legends Exhibit:

READ MORE: This Side of Seven: The Final Say