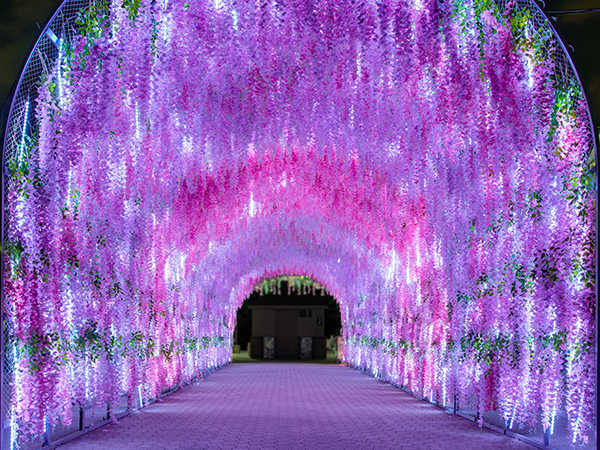 GloWILD is officially back and “twice as bright” at the Little Rock Zoo. With over 40 handcrafted silk lantern displays lit by 50,000 LEDs, guests will be able to travel through dramatic corridors of cacti and twinkling wisteria, larger-than-life flora and fauna from the African savanna to the arctic tundra and even a trip back in time to when dinosaurs roamed the Earth.

An event like this does not come together overnight, so this month, AY is catching up with some of the people who make GloWILD (and the Little Rock Zoo) tick. Last week, we covered event sponsor ARORA and their beautiful pair of angel wings honoring organ and tissue donors, recipients and families. This time around, we’ll be putting the spotlight on Little Rock Zoo Special Events Coordinator Karyn Langley.

Langley joined the Little Rock Zoo in April, just in time for Wild Wines and Cinco de Rhino. Since then, she’s had a hand in the logistics (scheduling, setup and teardown, catering – the list goes on) for all kinds of events at the Zoo, from birthday parties and corporate events to the Zoo Brew craft beer fest. Heading into the Christmas party season, her schedule isn’t letting up any time soon, and kicking off the holiday months was the GloWILD VIP night event on Nov. 3.

Setup for GloWILD was an occasion in and of itself, with partner organization Tianyu Arts & Culture rolling in a selection of expertly-crafted lantern displays. A 16-member team worked to place the lanterns all around the Zoo, creating a path that will mesmerize visitors from now into the new year.

Asked to pick a favorite, Langley settled on a tie between the wisteria corridor and the elephants, but added that “every time we would put up a new lantern, that one was my favorite.” If you’ve seen any of the displays, you’ll understand why it’s so hard to pick just one.

As you make your way through GloWILD (as many times as you’d like – no judgment here), you might be inspired to support the Zoo’s mission in other ways as well. Langley pointed out that there are plenty of ways to donate time and money to the Zoo’s efforts. Volunteers can serve in a number of capacities, and those willing to complete additional education hours can sign up to be docents delivering educational, inspirational programming and information to guests. 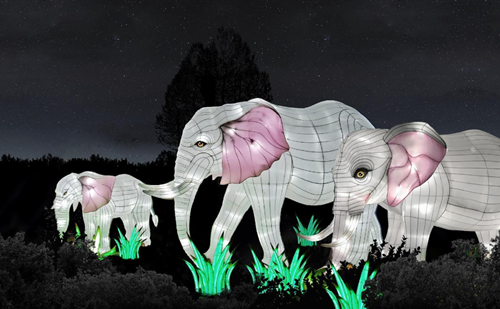 Even if you just show up, grab a drink and a snack and enjoy the lights, the money the Zoo makes goes right back into education and conservation, so the event is not only a great excuse for a night out, but a contribution to the future of the Little Rock Zoo and the planet’s wildlife.

GloWILD will be at the Little Rock Zoo nightly from 5 p.m. to 9 p.m. until Jan. 7, 2023. Also, be sure to click below to enter AY’s giveaway for a chance to win GloWILD tickets.

For more information about GloWILD, visit the Little Rock Zoo online or call 501-661-7200.